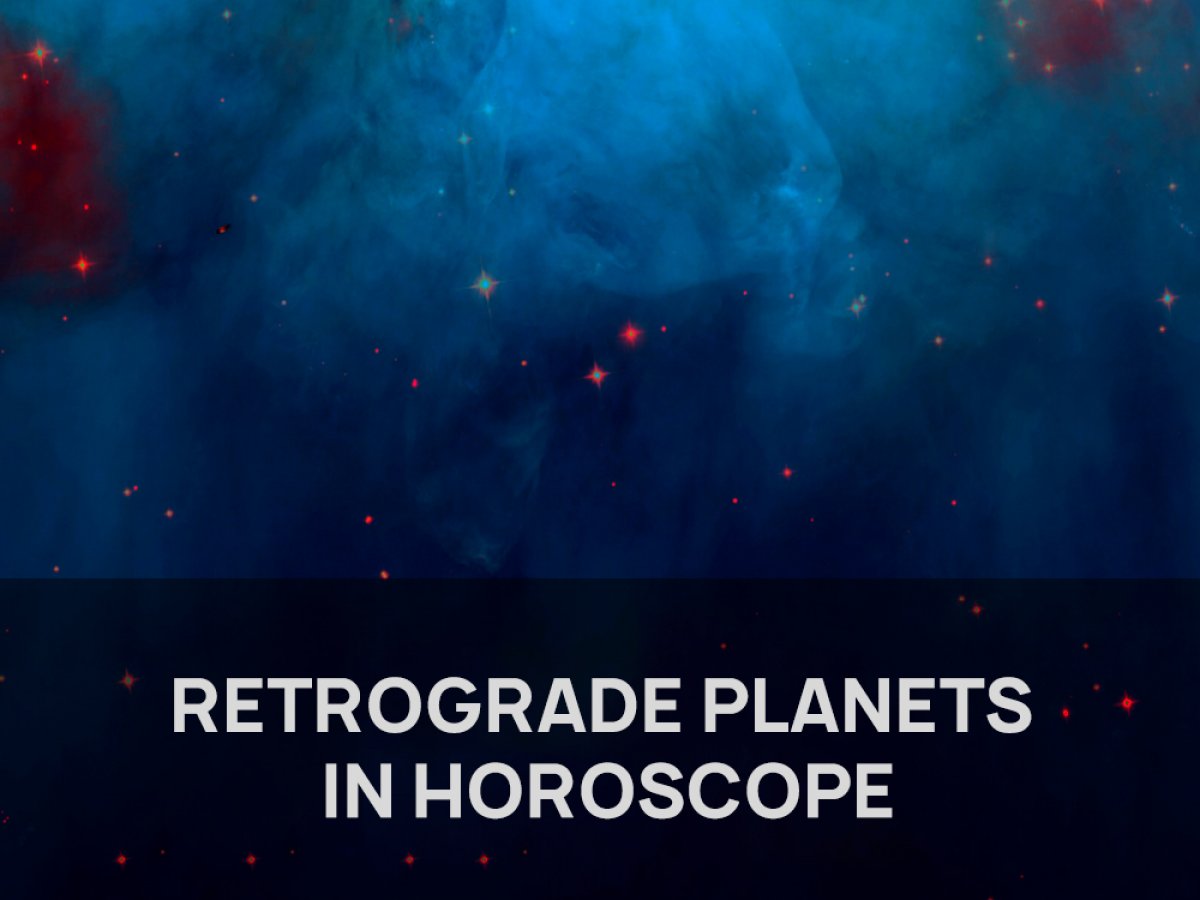 In Karmic Astrology, a retrograde planet is a sign of unresolved issues and mistakes made in past lives in the spheres governed by this planet. Retrograde planets make one go back to yesterday, similarly to going back to previous lives.

These events, which were quite significant in the past life, still have an impact now. Wherever a retrograde planet appears in a horoscope, one gets stuck in life and, instead of moving on, continues to resolve past issues.

Therefore, Karmic Horoscope may give a clue on the way retrograde planets affect a person: three and more of such planets in a birth chart indicate a huge karmic effect. Generally, at least eight planets are considered.

Each of the retrograde planets makes us face the challenges and deal with the issues that were unresolved in past lives. As a rule, they had arisen through our own fault.

Retrograde Venus may cause problems with love, relationships and/or money.

People with retrograde Saturn in their birth chart find it challenging to build a career, pursue a goal and express themselves socially. Additionally, they may have legal problems.

Retrograde Jupiter corresponds to a wrong system of values, misuse of power, authority. It will not be easy to win respect and renown in this life. Such people often have a low self-esteem, despite their arrogant manner with others.

It is generally more difficult to resolve the social issues governed by Jupiter and Saturn than the personal ones (Mercury, Venus and Mars), though the latter may seem more acute due to their nature.

Why are the issues caused by retrograde planets so complex?

To solve a problem means to correct a mistake made in the past. For instance, in a past life, a person used love for personal gain. In this life, he will find himself in an opposite situation: betrayed by the loved ones or losing money for their sake. What will his reaction be? Most probably, he will take it to heart. Thus, he will not learn the lesson, and the situation is likely to repeat in the next life.

The complexity of problems caused by retrograde planets consists in the following: as human beings, we have a response mechanism, which we subconsciously rely on. No matter how many times the problem arises, we are likely to use the same solution strategy. However, our task is to find an alternative solution instead of opting for the familiar algorithm and making the same mistakes. Otherwise, the problems will only get worse, making our life harder.

To arrive at a solution, people need to develop spiritual intelligence. A conscious attitude to areas of concern is a first step towards a life worth living.

You may say that you get it, but there is nothing you can do. All your attempts have failed. They keep betraying you.

You're not wrong; but you are not right either. Develop your own worldview. Learn to look at your life impartially, as an outside observer – and you will discover many interesting and important things!

Know thyself, this is the best way to spend your time!