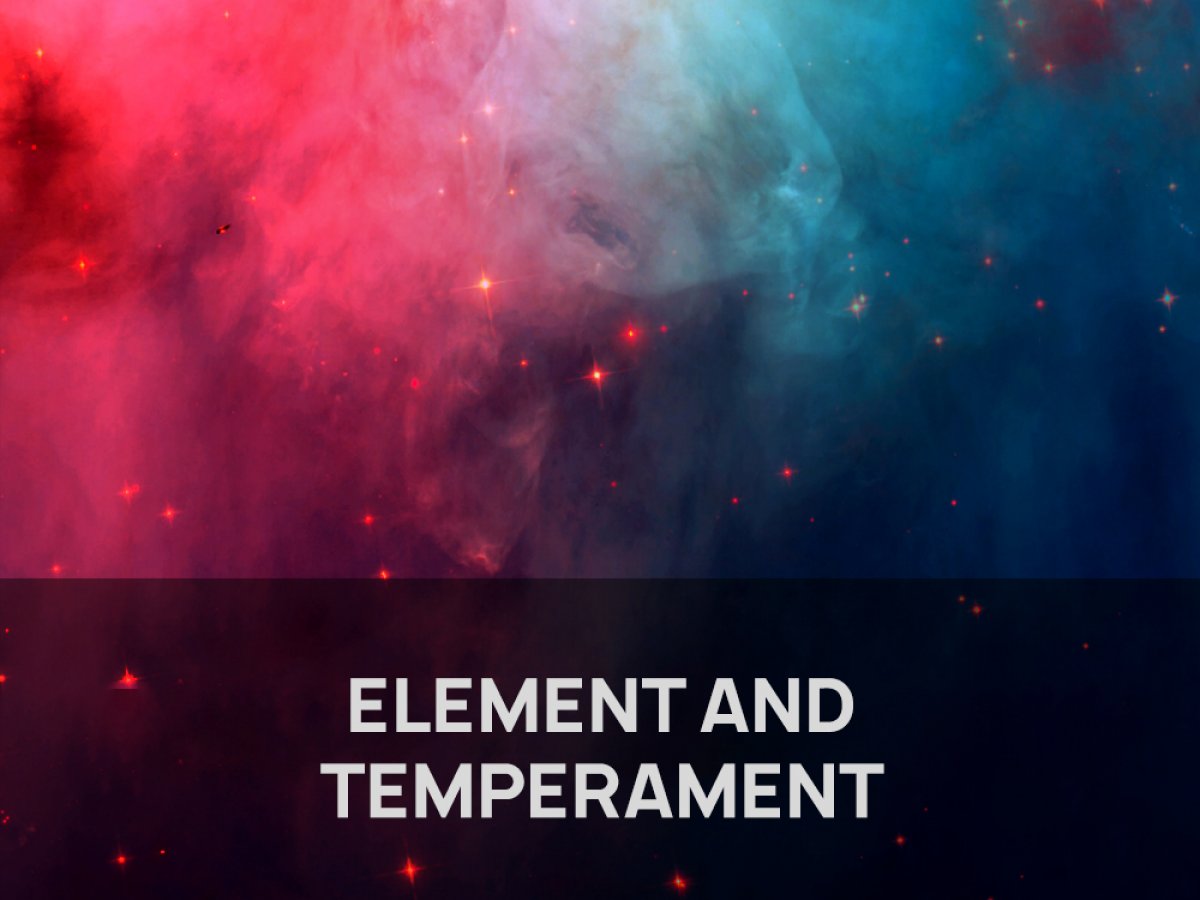 The four elements in Astrology are symbols used to describe stable personal qualities and temperament, and sometimes – state of mind.

The elements are divided into two groups: active ones – Fire and Air and passive ones – Water and Earth. These two groups coincide with the main classification of Chinese philosophy: Yin (Water and Earth) and Yang (Fire and Air). Remember it before reading a horoscope.

There are three Zodiac signs that have these traits, this is the so-called Trigon of Fire: Aries, Leo and Sagittarius. This triangle is associated with creativity.

Fire element in the horoscope makes for a choleric temperament. Fire breaks out making a person hot-tempered. Sparks flare up over the flame symbolizing sincerity.

These people are impulsive and quickly inspired by a new idea, but after a while, they are just as quick to cool down.

They are natural leaders who love to be in charge and know how to give orders. They cannot obey, but adapt to various circumstances perfectly. It is simply impossible to impose your will upon them – they will lead the parade, though often will stay incognito.

But fire can be destructive, burning down everything in its way. The same is true about people ruled by this element: they can be aggressive, uncontrollable, domineering, harsh and irritable. Being insolent, they often don't care about other people’s opinions, bend others to their will and impose their point of view.

In the Zodiac, Taurus, Virgo and Capricorn represent the Trigon of Earth, which is considered to be a materialistic triangle.

The earth is solid and hard to penetrate. So are the people with predominant Earth Element: they are solid, stubborn and sober-minded.

They are likely to have a melancholic temperament. Prudent, practical and businesslike, they rely on common sense. Their goal is always real and achievable, and they know exactly how to do it already in their youth.

Creation of material values brings them true satisfaction, and the products of their labor delight their souls. All the goals that they set for themselves, above all, should be beneficial and financially rewarding.

If most of the planets are in the Trigon of Earth, such principles will apply to all areas of life, including love and marriage.

In the Zodiac, Gemini, Libra and Aquarius form the Trigon of Air. This triangle is synonymous with ideas and intelligence.

People with predominant Air Element have a sanguine temperament. They are quick to decide and act, grasp any information easily, process it, make a few changes and transfer it to other people. They cannot stand monotony.

Among their weaknesses are lack of thoroughness and depth of thought in actions and emotions. They are very unreliable, superficial, neurotic and hesitant. Their goals and plans are constantly fluctuating and changing.

They never seek to influence others. Similar to the related element of Fire, Air seeks to rise up. However, they use knowledge instead of power for this purpose. Unlike Fire, this element makes people less emotional, more cool-headed, but also more superficial.

Representatives of the Trigon of Air are virtuosos of diplomacy. They establish numerous contacts, have a diverse social circle, grasp, analyze and use heterogeneous information.

Features of this element are cold, humidity and sensitivity. Cancer, Scorpio and Pisces are Zodiac signs forming the Trigon of Water. They are guided by feelings and sensations.

Water means emotions, inner peace, preservation and memory. It is flowing, changeable and secretive. People with predominant Water Element tend to be doubtful, pensive, good at visual thinking and gentle.

They have a phlegmatic temperament. Highly sensitive, impressionable, emotional and thoughtful people, they live inner rather than outer life and spend hours in contemplation. Both their own good and that of their loved ones are of great importance. However, at times they may seem indifferent, apathetic and lazy (apart from Scorpios). They rarely show their feelings, but their inner experiences are deep and vivid.

Efficiency, pragmatism, intellectual sobriety, objectivity are not on the list of their strengths, but they have a rich and vivid imagination, great physical and mental strength (especially Scorpios).

Water Element people are sophisticated, kind, polite, courteous, very attractive and charismatic. Generally, they are not aggressive (apart from Scorpios).

Of the signs of this Trigon, Scorpios are the strongest, the most thoughtful, the most aggressive, not susceptible to outside influence and showing strong resistance to everything which is not to their liking. Scorpio’s patience, endurance, tenacity and persistence are amazing.

Pisces is the weakest sign of the Trigon of Water. Cancer is in the middle between determination and instability. Although spiritually Cancers are quite sensitive and impressionable, they are notable for perseverance, endurance and purposefulness, therefore, of all the Water Signs, they are most likely to succeed in life.

Feelings are equally strong for all three signs of the Trigon – they are often guided by emotions rather than reason.

Each sign has its own features and peculiarities. We will analyze them in more detail later.